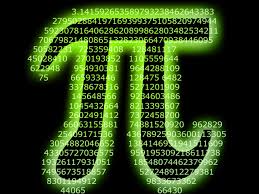 Someone just reminded the Pixies that today is International Pi Day.—March 14 .. 3.14 … get it? It’s the wonky, nerdy kind o' humour that some of the Pixies just love. In any event, it’s time to stop with the math and get down to the brass tacks of posting a pi(e) recipe. And if this Pixie gets it posted by 3:14 local time, it will be a Pi Day Miracle.

Recipes for pie crusts abound. They’re all pretty simple concoctions of flour, salt, fat and VERY LITTLE water. The principles for making a good pie crust are straight forward. Keep the fat cold, don’t use too much water and don’t overwork the dough. Why, you ask? The answer is: Gluten. Yes, the same protein net that develops when flour is mixed with water and turns bread into the light yumminess that it is. In bread making, we go all out to maximize our gluten development. We want lots and lots of gluten, so we work it hard (knead, knead and knead again), use plenty of water. This helps the gluten strands hold together to form the tough protein net.

Tough is not a quality you want in pastry. We want tender, flaky pastries that melt in the mouth. How to do this? Do all the things you wouldn’t do with bread.

Flour:  All purpose flour can be used but for really good results, pastry/cake flour is the first choice. This flour is grown to have less gluten in the first place. Bread flour is definitely not wanted. Stay away from durum seminola for the same reason – too much gluten to start out with.

Fat: traditionally, hard fats, that is fats that are solid at room temperature, are the ones we reach for over a liquid oil. Shortening, processed vegetables oils, are very stable in baked goods. In fact the word “shortening” comes from the fact that these fats “shorten” the gluten. Lard comes from pork fat that has been minimally processed to clean it from impurities. It makes great pastry. Probably second on the list, and first for the vegetarians among us, would be vegetable shortening. You will find that the great “Lard vs Shortening” has passionate devotees on both sides of the divide. For the record, this Pixie is definitely a Lard advocate with butter running as her second choice.

Regardless of choice, you want to keep it cold. In a good pastry, the fat gets layered between little sheets of the dough and when it hits the hot oven, the fat melts and makes little ‘pockets’ of steam. That’s where the flaky comes from. If the fat melts into the flour before it hits the oven, you’re going to have a flat, not-so-flaky, tough pastry.

Water: use this sparingly. You want only enough to let the whole thing hold together long enough to roll it. Too much water lets the gluten in the flour develop. More gluten equals tougher pastry. Use ice water if possible because we’re still trying to keep the fat cold.

Handling: The less you handle your pastry dough, the better it will be. Initially mix with a fork until the shaggy bits clump together enough to make a ball. Try to roll out a piece only once. If you need a little help rolling, try rolling the pastry between two sheets of parchment paper. The Pixies have discovered that if you wipe the kitchen counter with a damp cloth before putting the first piece of paper down, it won’t slide all over creation while you’re trying to roll it out.

Another tip for rolling is to leave time for the dough to rest. Let it rest for 15 minutes in the fridge before rolling it and then let it rest for another 10-15 minutes before putting it in the pie shell. The second rest will help keep the pie shell from shrinking too much during baking.

Baking: Unless the recipe says otherwise, try starting the baking in a HOT (400-425°) oven. Turn the temperature down after 10-15 minutes if necessary. The shock of the hot oven will melt the fat quickly and turn the water into steam, resulting in delightfully light pastry.

And as far as fillings go, the possibilities are endless. Pies can be for a main course – a chicken pot pie, the traditional French Canadian Tourtiere. Pies can be for dessert – fruit pies, cream pies. And if your wondering what to do with those pastry scraps after you’ve rolled out your pie dough … roll them out one more time, sprinkle with cinnamon and sugar and bake until brown --- just a few minutes. The kids will love them and they’re pretty good when paired with a good cup of tea.

Posted by The Kitchen Pixies at 14:49